Truly my first completed project. I can’t quite remember at what point I decided I was good enough to do this project, maybe I should have done something simpler first. 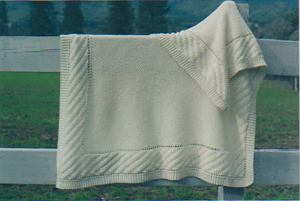 Pattern: The design is by Oat Couture Natural Knitting called the Prairie Blanket.

Comments: The best part about the pattern of this blanket is that it’s knit from one corner out, so you start out by casting on 3 stitches (instead of hundreds, like some others). Now that you know it’s knit on a diagonal, if you will, you can probably see how easy it is to create those diagonal stripes along the edges – they are actually vertical ribbing! But they look like they’re just impossible to make. The majority of the blanket (the center part) is garter stitch, so that’s fantastic because it’s quick and easy.

The most difficult part about knitting this blanket was weaving in the ends – there were so many of them and the blanket doesn’t have a wrong side! I had to join balls of yarn quite often in the most wide part, so there were threads everywhere. I tried my best to weave them in along the edges, but I ended up making some knots anyway… Retrospectively, I should have crocheted one row of single crochet or slip stitches along the edge, binding in the threads. Poopy. This blanket was knit before I discovered Combined Knitting, so my knits and purls were grossly uneven in size. This unevenness was further accentuated by the unforgiving, sleek texture of the yarn, especially in the ribbing. 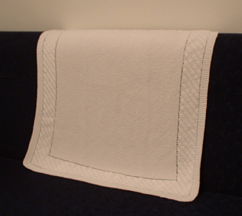 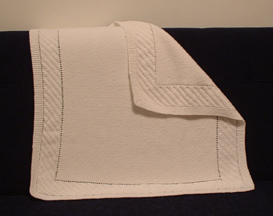 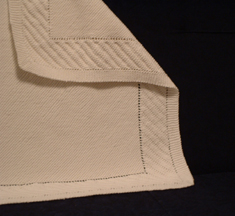 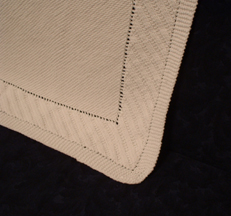 Final size: I was running out of yarn, and it was rather pricey, so instead of 38″ along the side as the pattern calls for, my blanket came out to be about a 30″ square. Final cost of materials: about $60. Time to complete: about 3 weeks. Was it worth it? (1=why did I ever bother?, 5=the best thing I’ve ever made): 4.5. Recipients seemed happy with the blanket.