I asked my husband exactly what kind of hat he wanted me to knit for him using the Rowan Silky Tweed from our San Francisco trip. He answered, “Something with diamonds.” I think he was inspired by the breathtaking Contemporary Jewish Museum, designed by Daniel Libeskind, which we visited during this trip. 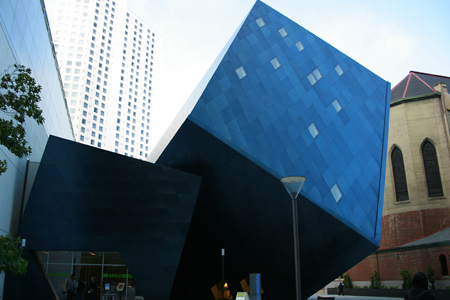 Naturally, this led me to think of another architect, and another structure with diamond motifs: the Central branch of the Seattle Public Library, designed by Rem Koolhaas. Conveniently, this building comes with its own hat pattern, which my husband liked ;). 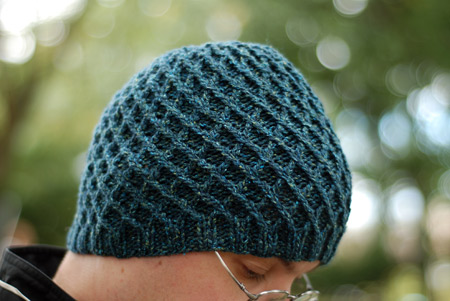 Yarn: Rowan Silky Tweed, 80% lambswool, 20% silk, 137 yards per 50 gram skein, color #753. I used 1 full skein, plus a few yards of the second one. The remainder of that second skein almost became a porcupine tragedy, but more about that later.

Needles: As recommended, US 6 and US 8 circs, some simple ones by Susan Bates

. In fact, I knit the entire hat as recommended, with zero modifications (this is the men’s size – 5 repeats of the pattern). It came out perfect!