Alright, I guess we might as well call it the Underpants Blanket. Who am I to deny my readers a little good humored self-deprecation? 🙂 🙂

I was excited to begin with Emily Ocker’s cast on – it’s such a cool technique! But my excitement waned after knitting a few rounds: 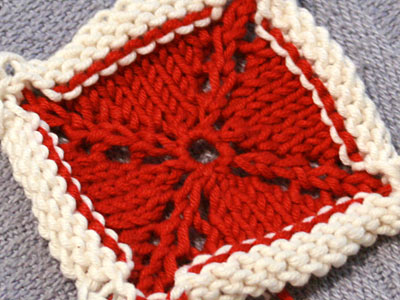 Gedifra Korfu, being a worsted weight cotton/acrylic blend, does not like to squish into a tiny little circle. The stitches maintained their shape and formed an obvious hole in the center, which I didn’t like.

Fortunately, the designer offered a second option for casting on. Options, I like. She suggested using the provisional crochet cast-on, working a few rounds, then removing the waste yarn and snugging up the stitches with the yarn tail.

Well, it’s not even stitches that get snugged up: it’s the lower loops of the first round of knitting. This worked much better, in my opinion, and formed a much neater center – there are fewer strands of yarn to force into a circle. 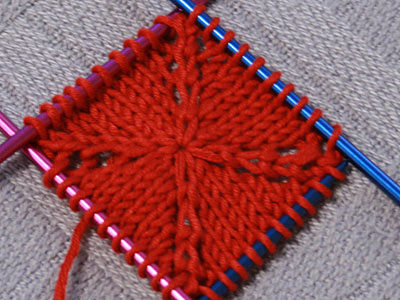 Someone mentioned the incompatibility of the Russian Join with cotton yarn. Well, I think it functions okay – the ends are secure and won’t go anywhere. However, I’d be lying if I said I was pleased with the visual result: 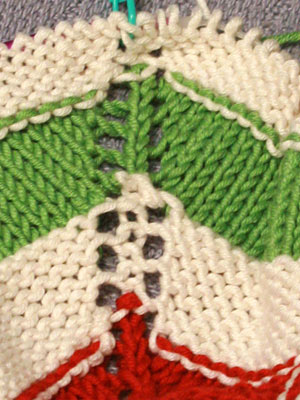 It looks a bit sloppy. For the perfectionists among us, a lot sloppy. I’m considering weaving in the ends instead. Do I have other options??